The department of the Signal Corps Heritage is located at the Memorial Site and is responsible for programs related to preserve the history of the IDF Signal Corps and its predecessors. It collects, catalogues and preserves the relevant archives in order to enable academic studies on Military Communications activities and personnel (e.g. Chief Signal Officers) and performs activities in the following principal fields: 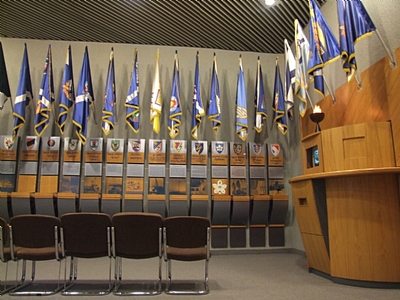 Gideonim were the Haganah Signal Service wireless operators who established and operated the secret radio networks serving the Mossad Le’Aliya Bet in illegal immigration (Ha’apala) and arms shipping operations, prior to the foundation of Israel.

Transmitters and receivers were created out of nothing; operators were trained; cyphers were produced; secret radio stations sprung all over Europe and the Middle East, with headquarters in Palestine. A network enabling command and control of complex operations was established with meagre resources.

The film presents the Gideonim Legacy, serving as a guidance to today’s Signal, Computer and Communications Corps. This is a legacy of creation out of nothing, of self-sacrifice, of dedication, of persistence, of professionalism, of faith and vision - and the Gideonim, men and women, are the focal point of this legacy.

One step forward, two steps back in solving the mystery

On Both Sides of the Crypto

Heritage of the IDF C4I Corps